Professionalism In Piloting - What is it?

First of all, what is the definition of the word?  The following came from the Mirriam -Webster Dictionary:

professionalism:
The skill, good judgment, and polite behavior that is expected from a person who is trained to do a job well

My thanks go out to Tim Condon for this video of Dire Straits in concert 1977.
Sit back and relax and forget about every thing else. ENJOY!

(Updated 12/30/2013) I just received a suggestion via e-mail (thank you Grzegorz Szupryczynski) to watch the YouTube video titled “Children of the Magenta .”  I had some time last night and spent 20 minutes watching it.  I believe that every pilot should be required to watch it.  The subject of inappropriate autopilot/autothrottle use is much in discussion today due to the accident of Air France flight 447 in the South Atlantic.

What is not discussed in the presentation is the result of of overuse of automation is its effects on a pilot's hand flying proficiency.  Proficiency is based on frequency of use and the less we hand fly, the lower the proficiency level.  I believe it is the pilot's responsibility to know what his level of hand flying proficiency is and if it is not satisfactory, it is his job to take what ever actions necessary to maintain it. Hand flying your aircraft means no auto throttle use as well as no auto pilot use...See my post written in 2012 at:
http://rpsiano.blogspot.com/2012/06/pilot-flight-proficiency-each-pilot-has.html

Posted by Captain Richard P. Siano at 4:23 AM 9 comments:

Here is a quick access by a single click to get to the HotPost of the day.
Posted by Captain Richard P. Siano at 3:05 PM 5 comments: 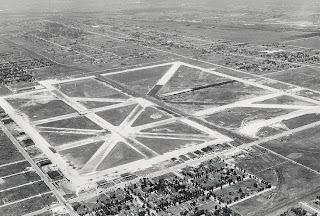 I have been an enthusiastic pilot now for more than 50 years.  As a result, I have observed several cases of what appears to be forward progress in the field of aviation to be the opposite.  One of these involves the replacement of flying fields (large plots of land dedicated to airplanes taking off and landing) by runways.
The large fields made it possible for all take offs and landings to be made directly into the wind.  There was no requirement for either the airplane or the pilot to be trained and capable of using cross wind techniques.
When the first dedicated runways were built by the Ford Motor company to replace the flying field requiring cross wind capabilities for both the pilot and aircraft, it had to be a step backwards.  I have never read an article anywhere which considers that to be a fact.  Runways are not progress but a step backwards!
A search for such an airport today has not resulted in any finds.  If you are aware of one, I sure would appreciate its name and location as well as a picture. I just located a picture of Chicago Midway and it appears to have originated as a flying field with landings and takeoffs not limited to runways.  A takeoff or landing was always into the wind with no cross wind capabilities required either of the pilot or the aircraft.
Consider how many times you have been confronted with a considerable cross wind when you were planning on flying and how many times it negatively affected your decision to fly. Or the number of times that you made a decision to fly while at home and upon reaching the airport you reconsidered whether to fly or not because of the existing cross wind. Yep, runways replacing the big open field were definitely a step backwards. 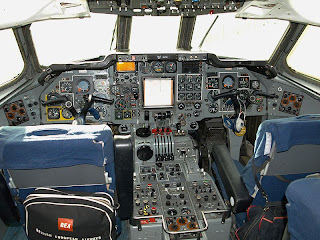 Another case where most believe progress occurred was when analog cockpit information (round electro mechanical dials were replaced by digital information.  Once again, I believe it was s step backwards.  When I am asked to describe  myself as a pilot I say "I am an analog pilot and proud of it!"  Analog pilots hand fly their aircraft with a high level of proficiency and look out the window most of the time.

Digital pilots spend way too much of their time punching the buttons on their flight management systems with both heads down looking at the flight management systems hundreds of buttons and selections and asking each other "What is it doing now?"
To further my argument in favor of analog information being superior to digital information, look at the wrist watch you are wearing.  Most people prefer the analog (round dial) wrist watch because its superior information delivery power.
Reading the transcription of the cockpit voice recording of the pilots flying Air France 447 reveals the real result of the digitization of the flight process and the much too heavy emphasis by the authorities to force us to engage the autopilot and utilize it.
There is a concept called "unintended consequences" that are the result of new procedures and capabilities.  When the procedure described as Reduced Vertical Separation Minima was first implemented on March 27, 1997, few recognized the disastrous unintended consequences that resulted. Because the procedure required the pilot to have the autopilot engaged with altitude hold selected while operation in Reduced Vertical Separation Airspace a loss of the pilots hand flying proficiency resulted which contributed heavily to the Air France 447 disaster which killed 228 people.

ALERT! Federal aviation regulation requirement to operate on the airway center line may contribute to threat of mid air collisions! 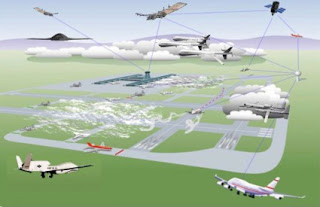 Unless otherwise authorized by ATC, no person may operate an aircraft within controlled airspace under IFR except as follows:
(a) On an ATS route, along the centerline of that airway.
(b) On any other route, along the direct course between the navigational aids or fixes defining that route. However, this section does not prohibit maneuvering the aircraft to pass well clear of other air traffic or the maneuvering of the aircraft in VFR conditions to clear the intended flight path both before and during climb or descent."

The current Federal Aviation Administration regulation 91.181 requires pilots to operate their flights along the course centerline of their cleared routing.  I would like to suggest this may actually enhance the possibility  of a mid air collision occurring.  The reason for this is the recent availability of Wide Area Augmentation Systems for the Global Navigation Satellite System.  In addition, the European Geostationary Navigational Overlay System obtained fully operational status making the same accuracy of navigation available in European airspace.The accuracy of both these systems is plus or minus one meter, never worse than two meters.

An article written more than 50 years ago that appears in Wikipedia is entitled "The Paradox of Navigation," The author concludes that the "more accurately we navigate, the more likely mid air collisions will occur."

Also see a previous post on this Blog entitled "Randomness is Good!" 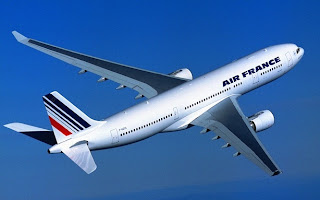 The crash of Air France Flight 447 on June 1, 2009 as well as the Colgan Air Flight 3407 Buffalo, New York crash  on February 12, 2009 has caused the subject of pilot  flight proficiency to be discussed with increasing frequency in the media. This has caused me to do some thinking about it and I have concluded that each pilot has the primary role in determining his level of proficiency in hand flying his aircraft.

How do you insure your hand flying proficiency is maintained? Only you know if you are proficient or not...

There are already established regulations to make sure the pilot is proficient.  The regulations that come to mind are the minimum required instrument approaches to be accomplished in a six month period as well as the one that requires pilots to have a minimum number of landings before he can carry passengers. Both requirements are found in the Code of Federal Air Regulations, Part 61 CERTIFICATION: PILOTS, FLIGHT INSTRUCTORS, AND GROUND INSTRUCTORS, Section 61.57.

I personally ran into the question of my hand flying proficiency in my last two years of my career at Trans World Airlines.  I was very senior and able to hold a flight pairing that only flew nonstop to Tel Aviv, Israel from New York.  The schedule was only flown once per week.  This meant I only flew one leg per week or 4 times per month.  As a result, in order to maintain my hand flying proficiency I maximized the amount of time I actually hand flew the Boeing 747-100.

This enhanced my hand flying proficiency to such a degree that I was always able to answer the question as to my proficiency, with "Yes, I am proficient." 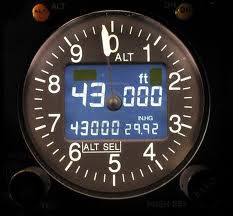 There is a provision that will permit me to disengage the autopilot if the aircraft is out of trim due to fuel burn off or changes in indicated airspeed or power changes.

It is permissible to disengage the autopilot and retrim the aircraft manually and then reengage the autopilot when the trimming process is completed. I took some liberties with this provision in order to extend the time I was gaining proficiency in my hand flying skills.

The increasing emphasis on use of the automated capabilities of the aircraft computerized flight management systems is contributing to the lack of proficiency. In other words, there is in unintended consequence of following the fully automated operational practice. On some aircraft today, the standard operational procedures requires the pilot to engage the autopilot at 400 feet on takeoff and continue use of the autopilot all the way through the landing at the destination. Total time of hand flying under that procedure can be less than one and a half minutes.

How can a pilot using the autopilot in this manner  retain his hand flying skills?  It is impossible!
Please recall that a pilot in command is the final authority and responsible for the operation of his flight.  The Code of Federal Air Regulations  Section 91.3 states this very, very clearly.  He is authorized and able to take whatever action he determines operationally. See:


§ 91.3   Responsibility and authority of the pilot in command.

I believe many pilots have misinterpreted the above words to cause them to believe it only applies to emergency situations.  The words do not say that to me. What do you think they say about the pilot in command's authority? Does it only apply only during an emergency?

By the way,
Acronyms Suck!!!
Thanks for taking the time to read this post and I would appreciate  your comments. Please note no acronyms were used in this post.  This was deliberate on my part.  I feel acronyms are not of value when attempting to communicate and especially in the learning process.  I would appreciate any comments from you concerning my effort to eliminate acronyms. Do you think acronyms should be eliminated?  If so, why? Or why not?

Knots are for boats!
And while I have your attention, I have been bothered by the change from miles per hour to knots for speed values for aircraft for more than 35 years.   Lets bring back miles per hour for aircraft.  For example, since most people reference speed using miles per hour, advertising a speed in knots for new aircraft is penalizing their perceived capability.

527 knots does not sound as impressive as 605 miles per hour.